We are Australia’s National Centre of Excellence in Posttraumatic Mental Health.

We are Phoenix Australia.

Any one of us can be affected by trauma.

Australian lives have and will be devastated by traumatic events. Three in four Australians will experience an event that can cause psychological trauma in their lifetime – that’s nearly 19 million people living in Australia today. Psychological trauma comes in many forms and impacts people from all walks of life.

Evidence underpins everything we do

Our internationally recognised research program advances knowledge of the impact of trauma on the health and wellbeing of trauma survivors, their families, and the community.

An independent not-for-profit organisation, Phoenix Australia is proudly led by a Board of Directors that provide oversight of strategic direction, risk management, governance and performance.

Our Executive Management group is a team of internationally regarded experts with experience in research, clinical treatment, policy, service development, education, and communication. 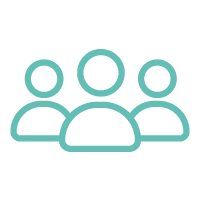 Phoenix Australia is a not-for-profit public company and is a registered Health Promotion Charity with the Australian Charities and Not-for-profits Commission (ACNC). 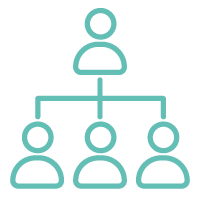 Our Executive Management group are internationally regarded experts in their field.

We are the trusted experts

Phoenix Australia is an expert in trauma-related mental health and wellbeing. For over 25 years, we have been Australia’s National Centre of Excellence in Posttraumatic Mental Health and internationally recognised leaders in our field. We are committed to driving forward the mental health agenda both at home and abroad.

The impacts of trauma are deep and complex

The issues resulting from experiencing a traumatic event can be complex and impair our physical and emotional wellbeing. The way we see ourselves, our relationships and activities, and our ability to feel safe in the world can be turned upside down. People need help moving beyond harrowing events. Help and support take many forms, but recovery and renewal are always possible.

High-quality research sits at the heart of everything we do. We develop cutting-edge approaches and treatments based on the latest science and evidence. Our world-leading programs of research and knowledge translation have led to improved treatment options, workplace management of traumatic stress, and greater support for trauma-affected individuals, families and communities.

Together we lead the way

We collaborate far and wide to expand society’s collective knowledge in this field. Our research informs the advice we give as well as the development of best practice standards, tools and resources for managing trauma. Phoenix Australia is a vocal leader and supports those impacted by trauma.

Our reach is broad

We provide advice, information, resources and support for individuals, families and communities to address their needs. For practitioners working with people affected by trauma, we provide best practice education and training and the tools they need to deliver evidence-based support and treatment. For organisations whose employees are at risk of psychological trauma through their work, we advise how they can better support their staff and build resilience in the workplace.

For organisations that fund or provide services to trauma-affected populations, we help them improve the way they deliver those services to achieve better outcomes for the populations they serve.

For Phoenix Australia to be a world-renowned leader in building the capability of individuals, organisations and the community to understand, prevent and recover from the adverse mental health effects of trauma. We aim to be at the forefront of world’s best practice in military and veteran mental health, disaster recovery and first responder mental health and wellbeing.

We are Phoenix Australia.
We understand trauma and renew lives.

Download our 2022 Annual Report, detailing our key events and activities in the previous year. Want to get in touch with our team?

Prior to 1994, there was little systematic attention to PTSD in Australia. Following calls from the veteran community, private providers and the Department of Veterans’ Affairs (DVA), the National Centre for War-Related PTSD was established in 1995.

Funded exclusively by DVA for five years and established in collaboration with the University of Melbourne and the Austin and Repatriation Medical Centre, the mission was to improve the recognition and treatment of PTSD and related conditions within the veteran population.

In July 2000, funding for the original National Centre for War-Related PTSD expired and it was decided that the Centre’s budget be extended for a further five years, but with an expanded role to address the full range of mental health conditions (while retaining focus on the aetiological role of trauma) and ensure an increased focus on serving personnel. The name was changed to the Australian Centre for Posttraumatic Mental Health and incorporated as an association in October 2000.

Not long after, the focus was expanded to include the wider community. We broadened our activities to encompass posttraumatic mental health problems within the general community following accidents, violent crime, terrorism and natural disasters. We attracted new stakeholders in the form of other organisations affected by the impacts of trauma, as well as clinicians, policy makers, other trauma professionals, and the general public, to whom we began providing Trauma Focused Training in public workshops across the country.

On our 20th anniversary in 2015, we decided to change our name to one that reflects our vision of recovery, and we became Phoenix Australia – Centre for Posttraumatic Mental Health.

Sign up to receive our latest news, event information and research findings.

Phoenix Australia acknowledges Aboriginal and Torres Strait Islander people as the Traditional Custodians of Country throughout Australia and pays respect to all Elders, past and present. We acknowledge continuing connection of Aboriginal and Torres Strait Islander peoples to land, water and communities—places of age-old ceremonies, of celebration and renewal—and their unique contribution in the life of these lands.

We are committed to fostering an environment in which the relationship between Aboriginal and Torres Strait Islander peoples and their fellow Australians is characterised by a deep mutual respect, leading to positive change in our nation’s culture and capacity.

Phoenix Australia are experts in trauma-related mental health and wellbeing. For 25 years, we have been Australia’s National Centre of Excellence in Posttraumatic Mental Health and internationally recognised leaders in our field. We are committed to driving forward the mental health agenda both at home and abroad.

For urgent support
call Lifeline on