Psychological distress after the experience of disaster is common, and in the early aftermath, may be considered normal. For a minority, symptoms may meet criteria for the diagnosis of acute stress disorder (ASD) or posttraumatic stress disorder (PTSD).

Individuals who develop ASD are at high risk of developing PTSD, but the majority of individuals who meet criteria for PTSD do not previously meet full criteria for ASD. Health practitioners should therefore be familiar with the diagnostic criteria for both, and be on the alert for their presence. They should also be aware that PTSD commonly presents comorbidly with a range of other mental health conditions including mood disorders, anxiety disorders and substance use disorders.

“Many people don’t want to talk about their traumatic experience and in fact they’re doing everything they can to avoid thinking and talking about it. So you have to have a compelling case for why they should do that.” When to take action 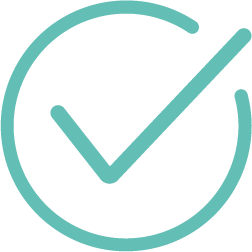 On initial presentation following the experience of disaster, routinely screen for the possibility of ASD and PTSD, and refer for comprehensive assessment if indicated.

If the individual is reporting significant distress in the post-disaster period and/or impairment in social, occupational or other important areas of functioning, it’s important to take action.

There are a range of screening and diagnostic tools available in the public domain, others are available via registration or at cost. Examples are noted in the Resources section below.

If diagnosed, provide or refer to specialist mental health practitioner who can provide a stepped or collaborative care model in which a person receives evidence-based treatment tailored to the severity and complexity of their needs.

If access to these treatments is unavailable, refer to the Australian Guidelines for the Prevention and Treatment of Acute Stress Disorder, Posttraumatic Stress Disorder and Complex PTSD to support clinical decision-making regarding treatment options, including consideration of medication for adults with PTSD.

SWIPE THROUGH
TO STEP 2

Step 2: Consider the most appropriate interventions

The Guidelines describe the following treatment options for those who develop ASD or PTSD.

A stepped care model recognises that not all those exposed to potentially traumatic events will develop a diagnosable disorder; many will experience only sub-threshold symptoms and others will not experience significant symptomatology at all. Stepped care aims to ensure that individuals receive care commensurate with the severity and complexity of their need. The approach involves ongoing monitoring of people who are more distressed and/or at heightened risk of poor psychological adjustment, with increasingly intensive interventions delivered as indicated. Interventions are generally CBT-based, but sometimes based on other psychological approaches (e.g. motivational interviewing) and may include components of case management and prescription of pharmacological intervention. The collaborative care model by Zatzick and colleagues is a stepped care model where injury patients are screened for high levels of PTSD symptoms. Those with risk factors are offered integrated care including pharmacotherapy, motivational interviewing targeting problematic alcohol use, and CBT targeting depression and PTSD symptoms. Elements of the treatment are provided in a stepped fashion with elements with greater ease of delivery, such as psychoeducation and problem solving, given initially, followed later by more complex elements such as activity scheduling. Patient symptoms are repeatedly measured and higher-intensity care is initiated if the person requires it. The stepped care model proposed by O’Donnell and colleagues aimed to address a comprehensive range of post-trauma psychopathology beyond PTSD. In a two-stage screening process, patients were screened for high-risk symptoms of PTSD, depression, and anxiety, and treated with an evidence-based modular CBT manual that allowed treatment to be tailored to the patient’s individual symptom-cluster profiles.

Trauma-focussed cognitive behavioural therapy (TF-CBT), is a broad term that encompasses any treatment that employs the standard principles of CBT combined with some form of trauma processing. Generally, TF-CBT includes psychoeducation about reactions to trauma, general relaxation/stress management skills, affect regulation skills, prolonged exposure (imaginal and in-vivo), cognitive restructuring, processing of trauma-related emotions (such as shame, guilt, and anger) restructuring of trauma-related meanings for the individual, and strategies to overcome avoidance. Homework is often emphasized for independent practice of in-vivo exposure and to enhance generalization of treatment effects.  Trauma-focussed CBT is intended to help an individual come to terms with trauma through exposure to and emotional processing of, memories of the event. Interventions can be adapted to the age of the individual and the relative contribution of various elements of treatment varies between different forms of TF-CBT. Treatment is typically delivered by a trained practitioner over 6–12 sessions, or more if clinically indicated, in particular where individuals have experienced more than one traumatic event.

Exposure therapy is long established as an effective treatment for a range of anxiety disorders. The key objective of exposure therapy is to help the person confront the object of their anxieties. A fundamental principle underlying the process of exposure is that of habituation, the notion that if people can be kept in contact with the anxiety-provoking stimulus for long enough, their anxiety will inevitably reduce. This may occur within an exposure session (within-session habituation) or across a series of sessions (between-session habituation). More contemporary models emphasise information processing as a key mechanism. Prolonged exposure is a manualised therapy developed by Edna Foa’s group, consisting of psychoeducation about common reactions to trauma, breathing retraining, in vivo exposure (approaching safe situations that patients avoided due to trauma-related fear), imagery exposure (repeated recounting of trauma memories during sessions and listening to recordings of the recounting made during therapy sessions), and processing (discussion of thoughts and feelings related to the exposure exercises).  The number of sessions administered typically ranges between five to twelve sessions of 90 minutes, but can also be altered depending on the number of traumatic events.

Beck introduced cognitive therapy (CT) as a treatment for depression in the 1970s, and several others were promoting similar approaches around the same time (e.g., Ellis, Meichenbaum). Cognitive therapy helps the individual to identify, challenge, and modify any biased or distorted thoughts and memories of their traumatic experience, as well as any subsequent maladaptive or unhelpful beliefs about themselves and the world that they may have developed. It does not involve exposure to trauma memories with the aim of undertaking reprocessing. Cognitive therapy techniques include monitoring of thoughts and emotions and modification of negative appraisals and behaviours – in particular those that lead the PTSD sufferer to overestimate current threat (fear). Interventions may be tailored to meet the needs of children and adolescents and adults.

Cognitive therapy (CT) for PTSD is a variant of trauma-focussed CBT in which the therapist and patient collaboratively develop an individualised version of Ehlers and Clark’s model of PTSD, which serves as the framework for therapy. Ehlers and Clark (2000) suggested that PTSD becomes persistent when individuals process the trauma in a way that leads to a sense of serious, current threat. The sense of threat is hypothesised to arise as a consequence of excessively negative appraisals of the trauma and/or its sequelae, and a disturbance of the autobiographical memory for the trauma which leads to involuntary re-experiencing of aspects of the trauma. The problem is maintained by unhelpful behavioural and cognitive strategies that are intended to control the symptoms and perceived threat. Accordingly, CT for PTSD aims to modify excessively negative appraisals, correct the autobiographical memory disturbance, and remove the problematic behavioural and cognitive strategies. CT is generally administered for 12 weekly treatment sessions of 90 minutes for the initial sessions, and 60 minutes for the following sessions.

Cognitive processing therapy (CPT) is a form of cognitive therapy refined specifically for the treatment of PTSD. CPT is a 12-session cognitive-behavioural manualised treatment for PTSD that systematically addresses key posttraumatic themes, including safety, trust, power and control, self-esteem, and intimacy. The primary goal of treatment is to create more balanced, adaptive, multifaceted trauma appraisals and beliefs (both looking back on the traumatic experience and in the present). Treatment helps the person to identify unhelpful thoughts and beliefs (‘stuck points’), challenge them, and replace them with rational alternatives in an adaptation of standard cognitive therapy approaches. It has a smaller exposure component than imaginal exposure therapy (restricted to writing an account of the experience). It also helps to address associated problems such as depression, guilt, and anger.

Eye movement desensitisation and reprocessing (EMDR) was originally developed by Francine Shapiro to treat traumatic memories in adults with PTSD. The treatment can be modified for use with children, adolescents and adults.  EMDR is a standardised, eight-phase, trauma-focussed therapy involving the use of bilateral physical stimulation (eye movements, taps, or tones). EMDR is based on the assumption that, during a traumatic event, overwhelming emotions or dissociative processes may interfere with information processing. This leads to the experience being stored in an ‘unprocessed’ way, disconnected from existing memory networks. In EMDR the person is asked to focus on the trauma-related imagery and the associated thoughts, emotions, and body sensations while bilateral physical stimulation, such as moving their eyes back and forth, occurs. Processing targets may involve past events, present triggers, and adaptive future functioning. It is proposed that this dual attention facilitates the processing of the traumatic memory into existing knowledge networks, although the precise mechanism involved is not known.

SWIPE THROUGH
TO STEP 3

Step 3: Consider individual need, and the possibility of co-morbidities

PTSD commonly presents co-morbidly with a range of anxiety and mood disorders, and substance misuse conditions.  Health practitioners should mindful of this, and assess and treat accordingly.  While currently the recommended first line treatments for PTSD are trauma based psychological therapies as outline above, referral to a general practitioner or psychiatrist for pharmacological treatment may be useful. Health practitioners should also be aware of the needs of special populations, including Aboriginal and Torres Strait Islander people, victims of terrorism, refugees and asylum seekers to name a few.  Follow this link for more information on considerations regarding psychological treatments for these populations.

SWIPE THROUGH
TO STEP 4

Step 4: Continue to enhance your knowledge and skills